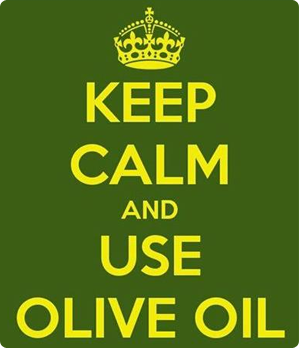 Becoming intimately familiar with a particular extra virgin olive oil's flavor characteristics and chemistry i.e. antioxidant content, oleic acid, FFA, and crush date will help you make an educated decision about which olive oil is right for you.

FFA: Based on IOOC standards the maximum limit for free fatty acid in extra virgin olive oil is 0.8g per 100g or (.8%). A low FFA is desirable. Free fatty acid speaks to the condition of the fruit at the time of crush. The higher the FFA the greater the indication of poor quality fruit such as damaged, overripe, insect infestation, overheating during production or too much of a delay between harvest and crush.

Peroxide Value: Based on IOOC Standards the maximum peroxide value for extra virgin olive oil is 20. A very low peroxide value is desirable. Unsaturated free fatty acids react with oxygen and form peroxides, which create a series of chain reactions that generate volatile substances responsible for a typical musty/rancid oil smell. These reactions are accelerated by high temperature, light, and oxygen exposure.

Polyphenol Count: Polyphenols are a class of antioxidants found in a variety of foods. Polyphenols such as Oleuropein, Oleocanthal, and hydroxytyrosol impart intensity connected with pepper, bitterness and other desirable flavor characteristics. Recent studies indicate that these potent phenols are responsible for many of the health benefits associated with consuming fresh, high quality extra virgin olive oil. Phenols in olive oil decrease over time or when exposed to heat, oxygen and light. Consuming fresh, well made olive oil with high polyphenol content is crucial when looking to obtain the maximum health benefit commonly associated with consuming extra virgin olive oil.

DAGs Test/Score: Measures the proportion of two forms of diacylglycerol: 1,2 and 1,3. In oil freshly made from sound olives of good quality, the prevalent form of DAG is the 1,2 form where the fatty acids are bonded to a glycerol molecule in the 1 and 2 positions. The bond on the 2 position is weak and easily broken, leading to the migration of that 2 position fatty acid to the 3 position. This results in the much more stable 1,3 DAG. This makes the ration of 1,2 DAGs to the total DAG’s a good indicator of the quality of the olive fruit and the processing. It is also an indicator of the age of an oil, since the migration from 1,2 to 1,3 DAGs takes place naturally as the oil ages. Warmer storage temperatures, and higher free fatty acid levels will both accelerate this process, but DAGs are not affected by the short exposure to high heat that is characteristic of deodorizing (refining).

PPP Test/Score: This test was developed to measure the degradation of chlorophyll in olive oil. This degradation of chlorophylls to pyropheophytin was found to take place at a predictable pace, making it possible to gain information about the age of an olive oil. The rate at which the degradation occurs can be accelerated by even short periods of high temperatures – such as that which is utilized during the deodorizing or soft column refining process – making it a useful indicator of the presence of deodorized olive oil as well as the age of the oil.

HOW - THE PROCESS
The process of olive oil production The basic procedure making olive oil has remained the same for thousands of years: harvest the olives at the right time, crush them into paste, separate the solids from the liquid components, and further separate the vegetable water from oil. The method of extraction has a distinct effect on the flavour and ultimate quality of the olive oil. The mechanical process has undergone numerous changes and refinements that have increased both productivity and quality. The archaic but still used method of stone grinding and matt pressing has the drawback of intensive labor and lower yield compared to modern methods. Olives are crushed to paste between by revolving millstones, the paste is spread on woven mats, stacked in a press and squeezed until the fluid component is recovered in basins underneath the press.

The vegetable water sinks and the oil is skimmed off the top. The mats are emptied of the pits and skins and “re-buttered” with fresh olive paste to repeat the process. This method results in very sweet oil with slightly higher levels of acidity. The mats impart a distinct flavour from the cultures that grow with their repeated use. Many old timers insist that this flavour is an absolute necessity to make fine olive oil but considered a defect by proponents of the modern method, proving once again that beauty is in the eye of the beholder. The machinery and technique of olive oil extraction continues to evolve promising continued improvement in both quality and efficiency The continuous method the most widespread method used in the world today. Olives enter the mill at one end and oil comes out the other. The olives are crushed by hammer mill and the paste is pumped to a malaxer where it is warmed and mixed until the oil begins to separate. The resulting paste is pumped to a centrifuge where the solids are separated from the liquids and the vegetable water and oil are further separated in a final centrifugal process. There are many variations on this basic theme that involve less heat and less washing of the oil. Because the polyphenols that account for the flavour in olive oil are much more soluble in water than in oil reducing contact with water preserves the flavour of the oil. The Integral method is virtually identical to the continuous method with the notable difference that the olive stones are removed from the flesh before the oil and water are extracted. This method has existed for thousands of years but the cost and time to manually remove the stones prior to extraction were cost prohibitive. In addition, there is a slight loss in yield. Proponents of the Integral method produce less bitter oil with fewer toxins and waxes as well as the added economic advantage of ending up with four valuable and marketable products instead of one: highest quality extra virgin olive oil, highly nutritious olive water, dry olive flesh for all-vegetable cattle feed, and inedible oil-bearing stones for fuel. The benefit of eliminating environmental degradation from large amounts of processing waste is significant.

Beyond this, when we use high phenol olive oil for higher heat applications, we may still be left with some phenols and of course the flavour they impart, which does not speak strictly to the prevention of bad compounds, but does address the sensory and health benefit unique to fresh, well made EVOO.

To see the origin of this chart and get more in depth information about cooking oil and smoke point, please go to: Richard Gawel's EVOO Blog: Slick Extra Virgin 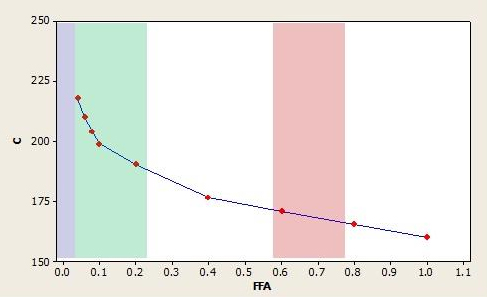 All material contained within this website © My Olive. All Rights Reserved.